The Adventurists Department of Passing on Unusual Government Complications 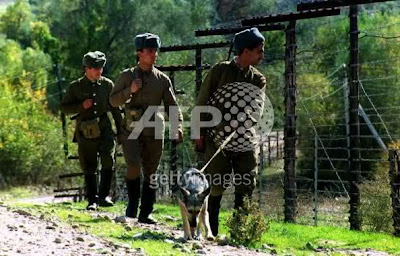 About a week ago me and the chaps received a telegram from The Adventurists Department of Passing on Unusual Government Complications.
They had the pleasure of informing us of a small bureaucratic mishap. You see, originally we had decided to go from Azerbaijan, across the Caspian sea and then through Turkmenistan. Despite knowing that Turkmenistan is one of least friendly destinations in all of central Asia, a region noted in many a travelogue as an ideal holiday destination.
We were aware of this, but after procuring our trusted HMS Dreadnought and stacking up on pith helmets, it was decided that no obstacle was too large. That was of course before we were introduced to Azerbaijani–Turkmenistan border relations. To diagnose them as chilly is about the same as referring to the cold war as a bit of ruckus. To put it in other terms, they don’t appear to be on speaking terms. This it seems, also extends to their rules and regulations for crossing their respective borders.
Originally, we were told that the best we could get was a welcome, now please get the f!%#-out visa, otherwise known as a 5-day transit pass to lay people. This was to be given at the border, when we entered Turkmenbashi (yes, the previous president named one of the largest towns in Turkmenistan after himself — it’s that kind of country). Now, however, we have been informed by our good chums over at the Department of Passing on Unusual Government Complications, that Azerbaijan have changed their immigration laws. You now need a valid visa before you are allowed to get on the ferry to Turkmenbashi. Well, thank you very much. But as Churchill was so fond of saying, KBO. Unfazed by this minor setback, we have been informed of a number of possible solutions, one of them involves driving through Iran. (So for the first time in a few decades Iran might be part of a solution, who would have thought …) Another possible solution is the Turkmenistan embassy in Baku, noted for their service mindedness and for being open on Mondays and Fridays only. This is going to be great!
This sort of problem is exactly the reason why we decided on the Mongol Rally and if you are too worried about getting stuck for days on end in no-mans land or some random prison in Central Asia, don’t come, this is not the race for you, maybe you should consider a beach holiday in Spain?