In the final months of 1998, my brother and I spent a lot of time at the vaccination clinic at Lund University Hospital in preparation for our first journey to Southeast Asia. A source of amusement at the clinic was the list of available vaccinations, in which the vaccination against rabies stood out by being the by far most expensive treatment available.

When we finally had gotten all the vaccinations the doctor thought we needed for the journey, we had spent so much time talking about the rabies vaccine, which the expensiveness of the treatment and the imagery of rabid dogs by now had made utterly irresistible to us, that we just had to get it no matter the cost. But the poor doctor talked us out of the idea, explaining that it would be a waste of money because the vaccine only increased the resistance to rabies but didn't provide any immunity and that the effect of it only would last a limited time and not for life, so unless we planned any encounters with rabid dogs in the foreseeable future the treatment would be useless. We went to Southeast Asia without having taken rabies vaccine, and to this day we haven't met any rabid dogs, but the memory of that exotic treatment still lingers. 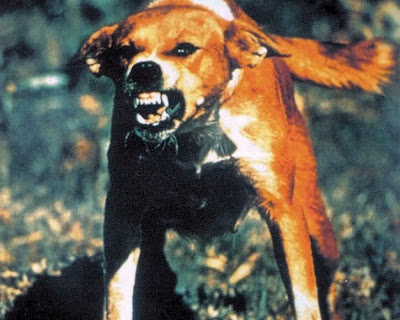 Today I visited the Travel Clinic at the Institute of Social and Preventive Medicine at Zürich University, the preeminent place to go in this city before travelling to any exotic locations, to talk about our route through Central Asia and what vaccinations I should take before and what medicines I should bring along. Normally, these days I've been travelling so much that I'm most often already vaccinated against whatever evil a new country has to offer, but for the six weeks through Central Asia I was in for a treat: The methodical Swiss doctor ended up writing a list of vaccinations so long that it filled all available space, including the margins, of the form, both with vaccines I should take again and vaccines I've never had before. And it included rabies!

Apparently there is a vaccine, Rabipur, that gives increased resistance to rabies, for life, and according to the Novartis web site it was introduced already in 1984. So either they were a bit behind and didn't have this thirteen years ago in Lund, or more likely the doctor there saw the chance to bend the truth a little to talk two young male students out of wasting the resources of the public health care on playing macho. I can't say I really blame him ...

But apart from this trip down memory lane, they today gave me shots against polio, hepatitis B and tick-borne encephalitis as well, together with a schedule of when and what they'll give me in the next few months. (There was apparently a lot of stuff that shouldn't be administered the same week as rabies ...) It seems I'll be a regular customer there.
Posted by Fredrik Roubert at 23:59 1 comment:

One of the major disadvantages of having full-time employment, is that one cannot simply disappear from the office for two months ...

Today I got the formal approval for my two months' leave of absence! Mongolia, here I come. We estimate that we'll need around six weeks for the actual journey, then one week for preparations before leaving and then some margin at the end (for unexpected things will happen), so two months away from work it'll be. Special thanks goes to my manager, Vladimir, for supporting this and to Google in general for being a company where the statement "I'd need two months' leave of absence in order to drive an ambulance to Mongolia" gets the response "Of course, we'll keep your desk warm for you when you return". (N.B.! That's a literal quote from Google HR.)
Posted by Fredrik Roubert at 15:06 No comments:

So we spent the past weekend in Novi Sad, where we between liberal amounts of Serbian food and drink (for which I have to admit having a very sweet spot ... roasted meat, chicken liver wrapped in bacon, ćevapčići, sausages, sauerkraut ... fresh and pickled vegetables ... fresh cheese ... sweet red wine ... lager beer and šljivovica ...) got around to actually make tons of decisions about the adventure that lies ahead of us. Most importantly, the route:

First, entering into Central Asia by crossing the Caspian Sea with the ferryboat from Baku to Türkmenbaşy (Krasnovodsk) is a classic way to begin a journey through Central Asia. In his Tibetanska Äfventyr (1905), Sven Hedin writes:

But while this route might be the obvious choice for anyone who has read too many old adventure books, it has two major disadvantages today: The ferryboat services are said to be both irregular and expensive, and Turkmenistan is said to be one of the countries in the world where getting a transit visa is the most complicated and expensive. Very discouraging. So we'll need to investigate this more deeply before making a final decision. Apart from the classic ferryboat ride across the Caspian, the possibility to visit the Door to Hell gas deposit in Derweze also makes this route very tempting despite its drawbacks.

Second, driving through China's Xinjiang Uyghur Autonomous Region (Uyghuristan) would be a wonderful thing to do for many reasons, not the least that China builds great roads also in the most remote provinces and that a new border crossing between China and Mongolia recently has been opened at Altay. But maybe more importantly for me personally is that when I lived in Shanghai, I soon learned that thousands and thousands of Uyghur also lived there and that the city had a wealth of Uyghur restaurants in which I became a frequent visitor, so I've long wanted to visit Kashgar, Ürümqi and the deserts around.


But the Xinjiang route has a major drawback in Chinese bureaucracy, which is world famous for a reason. No foreign driver's licenses are valid in the People's Republic and the paperwork needed to get all necessary permits for a foreign driver to drive a car with foreign license plates through the country promises to be more than challenging. Very discouraging. So we'll need to investigate also this more deeply before making a final decision. Apart from the roads and the Uyghur, the sheer bragging rights of having driven through China also makes this route very tempting despite its drawbacks.

There we are now. We'll keep you updated on how our investigations regarding the route proceed. Stay tuned.
Posted by Fredrik Roubert at 00:23 3 comments:

Planning weekend in Novi Sad: All three of us together for the first time, visiting Ivan who successfully finished the Mongolian Rally last year with his Team Rockrs.

So we're going to drive a car from Prague in the Czech Republic to Ulan Bator in Mongolia, some 15,000 km through a multitude of not well-known countries. How do you begin planning for such a thing? We found a friend who had already managed to do it, so we went down to Serbia over the weekend to learn everything he has to tell us.

Posted by Fredrik Roubert at 18:27 No comments: