The night-wind drives across the leaden skies,
And fans the brooding earth with icy wings;
Against the coast loud-booming billows flings,
And soughs through forest-deeps with moaning sighs.
Above the gorge, where snow, deep fallen lies,
A softness lending e’en to savage things—
Above the gelid source of mountain springs,
A solitary eagle, circling, flies. 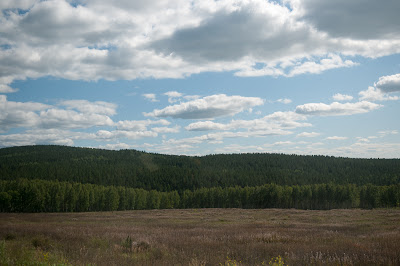 Crossing the border at Kurgamys, we arrived in Siberia in the last weeks of summer. Driving through the vastness of Siberia hadn’t been part of our original plan but, as explained previously, we had been forced to re-route, resulting in this several thousand kilometres long detour. Entering the Russian Federation by car at the border crossing here was as easy as walking through immigrations at the airport in Moscow, the uniformed officials a bit harsh and grumpy but efficient and without any unnecessary or ridiculous questions or procedures. Very nice. 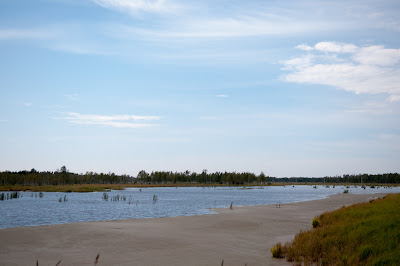 Then the vastness of Siberia hit us. There are hundreds of kilometres between anything here, and our goal for the evening, Barnaul, the first (!) city after the border, was over 400 km away. But we had had an early morning and a good power breakfast, so we arrived in the beautiful sunlight of early evening in the late Siberian summer. 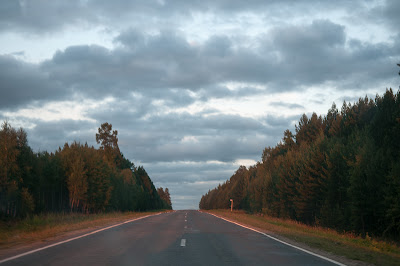 In Barnaul, we were awaited by Igor and Nastia, who had seen our itinerary on CouchSurfing and invited us to stay the night with them. We were now definitely in CouchSurfing-land. Igor met us at the main train station and from there directed us how to drive to their apartment, not far from there. Neither Igor nor Nastia spoke much English and none of us speaks any useful amount of Russian, but Igor was an accomplished user of Google Translate and didn’t let any language barriers stop our communication. Both of them being strict and passionate vegans, Nastia proceeded to cook us a most excellent vegan borscht with dark bread and salad for dinner. This was the first home-cooked meal we ate during the entire journey, and we savoured it with great delight. (Even Thomas, the militant anti-vegan, finished all of his borscht with good appetite.) 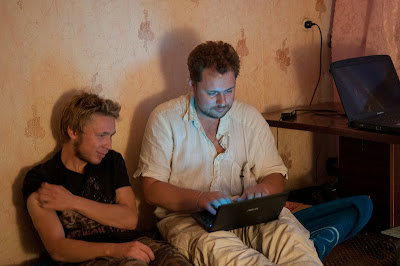 After dinner, we went sight-seeing through the city evening and Igor, Nastia and Rico bonded over their shared interest in photography. Barnaul was one of the earliest cities established in Siberia, and while most of the old architecture from imperial times is long gone it still offers a cityscape that made us truly feel that we now had arrived in Siberia. Igor pointed out buildings and monuments worth taking notice of, while explaining his plan to find a job in Saint Petersburg, coming closer to Europe and learning English. After reaching the Ob River, we took a bus back to the apartment, buying some beers, soft drinks and snacks on the way, spending the rest of the night in relaxed company, showing photos and talking about past and future travels. Thomas received accolades for his rendering of our journey so far using only internationally understood words, photos, pantomimes and sound effects. 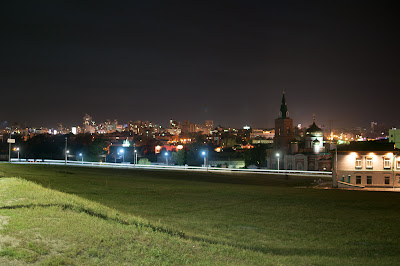 The next morning, Nastia took hospitality to yet another level. Having understood that we normally liked to eat meat, she had bought beef liver the night before (while the rest of us were busy buying beer) and in the morning she prepared a real meat-eaters power breakfast for us. (We did not need to eat anything before late afternoon after that.) With the hope to meet again if that Saint Petersburg plan would work out, we then left Barnaul to drive northwards to Novosibirsk.

Visiting Novosibirsk had not originally been part of our plan, but on the way to Barnaul we had received a mail with the following message:


“My name is Elia Kabanov, I'm blogger (metkere.com) and journalist based in Novosibirsk. A friend of mine from Kyrgyzstan told me about your trip and I'm really excited about it. Is there any chance you'll be visiting Novosibirsk on the way to Mongolia?”

This friend, linking Kyrgyzstan to Siberia, turned out to be Twitter Girl Nuraika, whom we had met in Bishkek, and with such an invitation we obviously had to visit Novosibirsk. There we arrived in the afternoon and met with this Elia who had invited us, and he introduced us to his friends Ilya Taratukhin and Denis Baluev. We ate a very late lunch (I got to eat Beef Stroganoff in Russia for the first time in my life; it was excellent), learned to know each other and quickly figured out that we got along absolutely splendidly. Everybody spoke good English, so we had a common language, and everybody was interested in the internet, so we had a common starting point for conversations. Couldn’t be better.

After eating, Denis had to leave us but we were soon instead joined by Ilia Staheev. So now we were in the company of Elia, Ilya and Ilia which in Russian is Илья, Илья and Илья. Yes, despite spelling their name differently in the Latin script, they all shared the same name. To make naming even more fun, two of the Ilyas also shared the same patronymic. We therefore promptly resorted to instead numbering them as “Ilya 1”, “Ilya 2” and “Ilya 3”, and spending the rest of the evening constantly mixing up who was supposed to have which number. 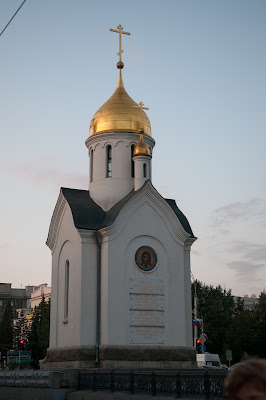 The three Ilyas took us to the Hostel Dostoevsky, allegedly the only hostel in all of Novosibirsk, which was a nice place that offered enormous value-for-money, just down at the Ob River, and we parked the ambulance there before heading out to experience the city. With 1½ million inhabitants, Novosibirsk is the largest city in Siberia and the third-largest city in all of Russia, but it’s a young city and mostly a modern industrial big city, so we kept most of our sightseeing along the river and in the city center. One remarkable building in the city center is the opera house (Novosibirsk State Academic Opera and Ballet Theatre), which is the largest opera house in Russia and was built during the Second World War. 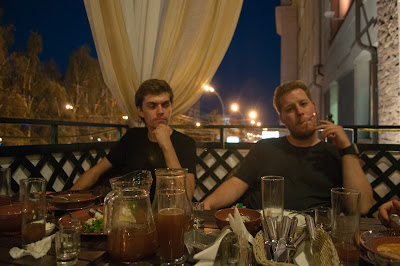 We soon proceeded to sight-see the Ilyas’ favourite watering holes, with the Водкинъ домъ (“House of Vodka”) worth a special mention. Here we were treated with all sorts of Russian dishes that go well together with vodka, from pickled herring over pickled everything to pancakes with caviar. Delicious! Conversations grew louder, toasts more splendid, venues were changed, “Ilya 1” revealed himself to have a good singing voice and to know a repertoire of melancholic and romantic nationalistic songs, we were joined by Nastya Lagunova, who, it has to be admitted, was less impressed with us, at this late hour, than we were with her, and eventually we found ourselves at “Ilya 2”’s apartment, late at night, where we could admire his photo portraits of the two Royal Princesses of Sweden (unexpected). Eventually the simultaneous falling asleep of our host “Ilya 2” in a club chair and of Rico on a bed signalled that it was time to go back to the hostel and get to bed, after a most enjoyable night out.

The following day, we headed for Krasnoyarsk.
Posted by Fredrik Roubert at 17:40