Krasnoyarsk was our next goal after Novosibirsk, and being Siberia there are 800 km of nothingness along the road between these two cities. 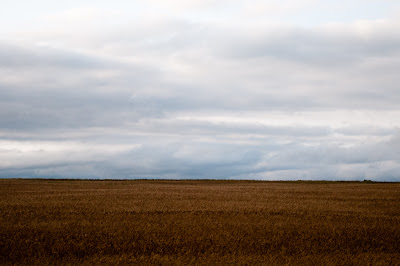 Somewhere in the middle of this nothingness, we stopped for lunch at a tiny road-side fast-food place that appeared out of nowhere. Here, over a plate of shashlyk with mayonnaise sauce, one of the regulars (anyone regularly driving between Novosibirsk and Krasnoyarsk must be a regular at this place, for there are not a lot of places to eat to choose from), an ex-paratrooper of the Red Army, engaged us and one of the women running the place in conversation and it turned out that this woman somehow was related to a German couple who were driving around the world in a way that made our journey seem like a nice-weather Sunday drive around the neighbourhood: Two people, a Mercedes G-Wagen, and their 23-year, 500,000 mile journey around the world.

That seems to be a general rule of the human condition: If someone thinks that you’re doing something crazy, then you can always find someone else to point at who does the same thing but a hundred times crazier.

We didn’t reach Krasnoyarsk until after midnight, when the previously nice late summer weather had turned into an early autumn drizzle. Here we had been invited by Lyubov Savchenko (who, as we had become accustomed to by now, had found our itinerary on CouchSurfing) to stay the night at her place. Mobile communications on the road had, however, been far from optimal and we arrived in the city without knowing how to find our way to Luba’s apartment.

Here another guy from CouchSurfing, Sergey Horol, jumped to our help. He met us at an easy-to-find address, full of energy in the middle of the night, and eventually managed to call Luba and direct us to the correct address. Luba, who probably had given up hope of us arriving in Krasnoyarsk at all that night, got out of bed when we arrived and showed us the sleeping arrangements she had prepared for us in her kitchen. 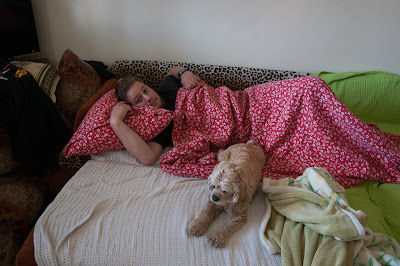 The next day we decided to take a day’s break from driving and instead do some sightseeing in Krasnoyarsk. Luba agreed to have us staying one more night in her kitchen but would have to go to work in the evening, so she called a friend of hers, Marina Volovik (also on CouchSurfing) and asked her to take care of the apartment key and us that night.

Then we took a taxicab down to the city center where we met with Sergey again, who was very sorry that we hadn’t arrived earlier and that we couldn’t stay longer, for there were so many things that he would have liked us to have done and to do. He then went back to work with a promise to call us later, while we had an excellent high-end lunch in one of the new posh restaurants overlooking the Yenisei river. 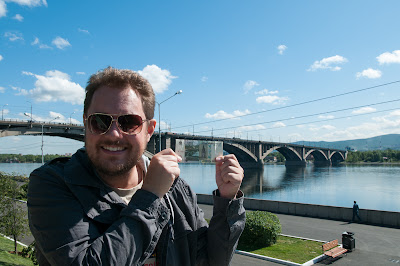 After lunch, Sergey had managed to get away from work and joined us again to take us with him on a bus to get out of the city to see some of the true beauty of the Siberian countryside. The goal of this excursion was the King Fish Panorama, a popular place upstreams along the river for making wedding photos and toasting in champagne, and we encountered several different groups who were there to do just that. The panorama of the river, floating majestically deep down between the forest-clad hilltops, was breathtakingly beautiful and now in late summer the trees of the endless forests were just about to begin changing colours. The weather was sunny and quite warm, with a slight hint of winter quickly approaching in the wind. 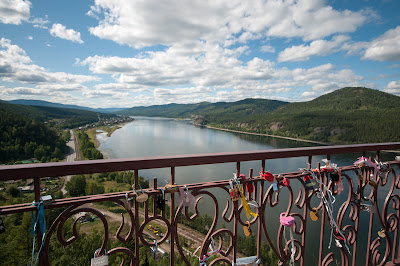 We lingered at the vantage point, enjoying the view and the weather, chatted with some wedding party guests (one of them a Russian Jew visiting from Lebanon—quite globalized this hilltop in Siberia), and listened to a single accordionist playing Russian folk songs in brave competition with the heavy electronic bass rhythm from a restaurant nearby. 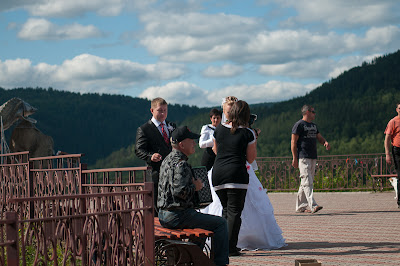 Before leaving Novosibirsk, Elia had asked us whether we knew people along the road ahead of us and upon learning that we didn’t he had volunteered to find friends for us, and that’s why we that evening were picked up by Alexandra Paklina who together with her friend took us out for dinner (where we were later joined by Marina) at Harat’s. 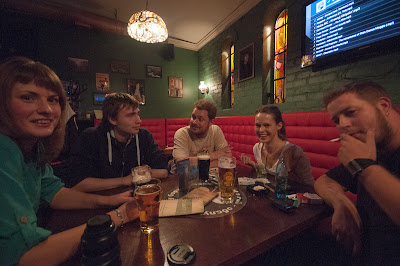 Harat’s Irish Pub has today become something of a Siberian institution and is on track to conquer the rest of Russia as well. Alexandra told the story about the friends from Irkutsk who created an empire of Russian Irish pubs and we were delighted to savour such pub classics as Фиш & Ципс (Fish & Chips), with both imported and locally produced beers. Before leaving Siberia, we would become Harat’s connoisseurs, visiting several of their pubs in several different cities, and becoming quite fond of their locally produced stout. 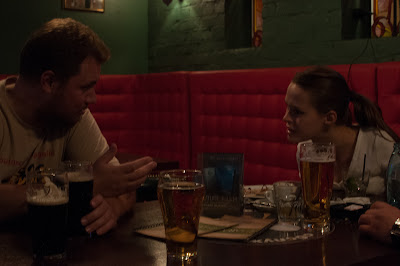 It was late at night when we eventually returned to the apartment again, and after just a few hours of sleep, Thomas took a taxicab to the airport in the wee hours of the morning.

Thomas had hoped that it would be possible to drive all the way to Mongolia without any significant delays, and had promised to be back at work the week after. We had not had any seriously long delays, but a few days here and a few days there had added up as the weeks passed by. Deciding that work was more important than reaching Mongolia, he bought a flight ticket out of Krasnoyarsk to get back to Norway in time as promised, and left Rico and me to take the ambulance the remaining 2,000 km to Ulan Bator on our own.

Rico and I then slept for a few more hours, before we said goodbye to Marina and started the journey towards Irkutsk.
Posted by Fredrik Roubert at 13:35